It takes a kind of fearlessness to address the mythical talent of superstar Marlene Dietrich. Dietrich’s stardom is legendary; her story a picaresque of adventure, fantasy, imagination, and coveted reality. Yet, if anyone can begin to touch Dietrich’s transcendent nature, to tell her story, it would have to be Berlin-born, New York-based Ute Lemper.

Lemper, a multi-talented musical theater and cabaret star, has lit up stages—acting, singing, dancing, writing, even painting—since the early ’80s. She began with Chekhov and Weill, among others, making a name for herself as an outsized talent.

But it was as a songstress, particularly as an exponent of the music of the Weimar Republic, that Lemper made her most lasting impact. She brings immense theatricality to her music, along with irony, sexuality, satire, and humor. She received a tremendous amount of attention for her dramatic cabaret-style performances and was heralded as the “New Dietrich.” In 1988, after receiving a Moliére Award for her performance in “Cabaret” in Paris, Ute sent a note to Dietrich, essentially apologizing for all the comparisons. I explained to her that I was just starting my career and that the comparisons were inappropriate,” said Lemper. I thanked her for inspiring me to become a performer and mentioned how much I admired her many achievements on stage and screen.”

A month later, Dietrich, then in her late 80s, called Lemper. Dietrich was a recluse by that time and had not left her Paris home for many years. But she and Lemper connected and the discussion was incredibly rich and profound. She told me everything about her life–emotional and historical—and I was very overwhelmed by it all,” said Lemper. It took me thirty years to think about it and finally be ready to put it into a show.” The three-hour conversation the two had discussing Dietrich’s fascinating life, forms the foundation of Rendezvous with Marlene, a lavish, lovable homage to the great performer. It began as a performance and is now a spectacular recording of the same name.

Ute sings to us Marlene’s story, fabulous songs from all the chapters of her life, from the Berlin cabaret years to her Burt Bacharach collaborations, with whom Dietrich toured for 15 years. Lemper puts her own spin on the material, injects them with modern drama, melodrama, and unfiltered flourishes of Dietrich’s sensuality.

Ute Lemper Rendezvous with Marlene is “An unforgettable evening: stylish, graceful, heart-warming and powerful, this is an event not to be missed,” says Shane Morgan of St. George’s Bristol, UK.

Essentially, Rendezvous with Marlene is the sound of one enormous talent passing her story along to another. And while we don’t know what motivated Dietrich to transfer her life story to Lemper, she most certainly sensed they were kindred spirits. You don’t have to listen long to the many lush tracks on Rendezvous with Marlene to understand that the two possess a simpatico life, sharing a kind of distinct versatility, attitude, humor, and multi-faceted approach to art. One critic raved: “An extraordinary, unforgettable evening with a sublime artist at the height of her powers – it should on no account be missed!” (Musical Theatre Review)

“A superb tribute to one astonishing woman from another, fascinating, enlightening, intense, often moving, and always entertaining,” according to Northern Soul.

“What a gift it was to hear Marlene talk about her life,” says Lemper. “This recording is my personal tribute to her. She was sexy, tough, and funny and her comic timing was ever-present, even in her singing,” said Lemper. “She was a free spirit,” Lemper recalls. “She was politically and morally outspoken and courageous. She was ladylike and bossy. She had class but loved whiskey, dirty jokes, and a good smoke. I tell her story through my eyes and sing her songs with my voice. She is using my body and voice to speak.”

Successfully. Says a critic writing for Gay UK, “By a huge margin the finest act of sustained, emotional intensity and fearless self-revelation I’ve ever seen. Ute – like Bowie, Callas, and Garland before her – is in an unprecedented class of her own.” 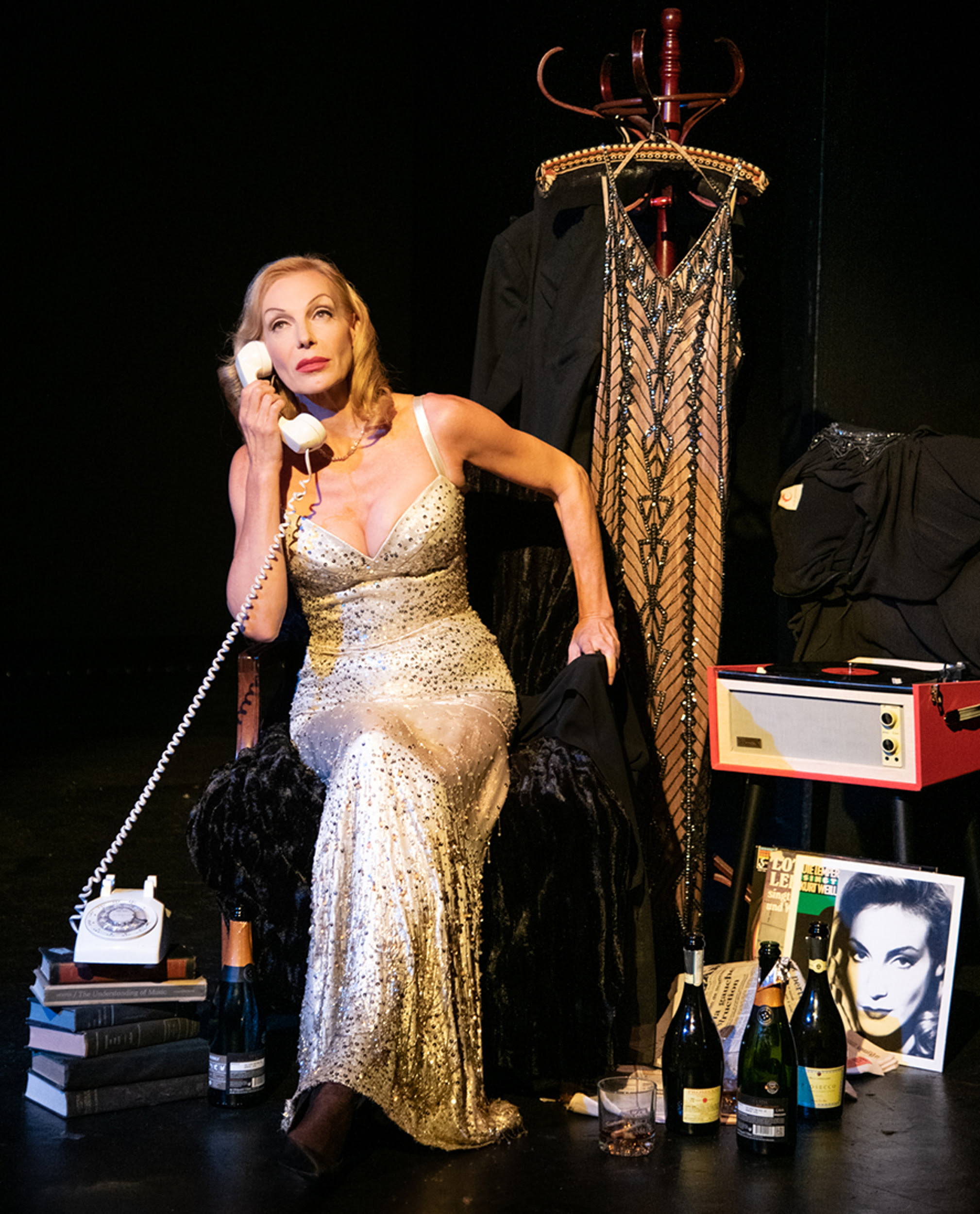