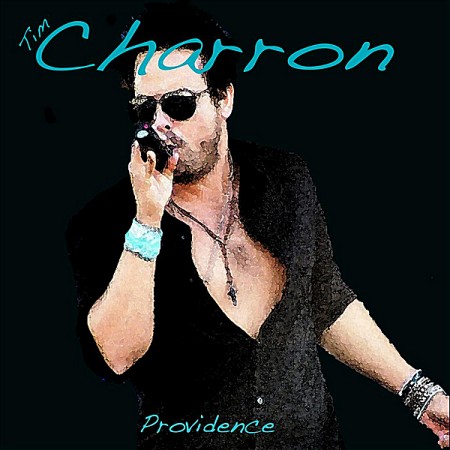 Tim Charron grew up in Rhode Island where he got his start in music performing in rock bands while in high school.  After high school and a brief stint in San Diego, CA, he made the decision to move and attend the University of Miami.
While living in Florida, Tim worked as a personal trainer to celebrities such as Eminem, Brandy, Limp Bizkit and Michael Stipe of REM.  He was also a co-host of two Miami based television shows while still keeping one foot in the music business.  When he began doing very well in the real estate market he decided to pursue that full time.

Then the worst that could happen, happened.

Charron lost almost everything in the real estate market crash.  Devastated and disillusioned, Tim decided to sell what he had left and move to Nashville to start a new assault on his music career.  That is where he came up with the motto, “Quit your job, sell your stuff, hit the road.” This was a life changing decision.  Tim says, “I figured it was something telling me I needed to pursue what I truly love”.  You can hear his commitment in every one of his energetic and captivating performances. There is no place he’d rather be than on stage.

That was 3 years ago.  While living on friends’ couches and out of his car in Nashville, Tim built his musical empire by relentlessly hitting radio stations, writing, recording, giving lectures to fellow musicians and earning fans the old fashioned way, one at a time. Tim was vigilant about touring, sometimes playing up to 25 shows a month.  Since then Charron has opened up for country legends such as, Charlie Daniels, Brooks & Dunn, Crystal Gayle, Marty Stuart and Clint Black.  Recently he opened for American Idol winner, Scotty McCreery.

The press deems Tim Charron, “The Rock ‘n’ Roll Gypsy” because of his relentless drive, touring schedule and lack of a permanent home.
Charron says, “When I tour I stay with local friends/fans or camp and get immersed in the local culture: food, art, sports, people.”  While touring in Florida, Charron stayed in a chickee hut on the Seminole Indian Reservation in the Everglades for several days while performing at Big Cypress Shootout. Last year he stayed at a hippie commune in Venice Beach, CA and on a houseboat in Key West, FL. Charron is an avid volleyball player and plays at beaches all over the country on his tours. He has also recently begun surfing in California and paddle boarding in Key West.

In the time Tim has taken the plunge, he has released multiple albums, all of which reveal different dimensions of his artistry. His most recent release, Providence, is a limited edition CD featuring a wide, colorful palette of songs showcasing his ear for great melody.  Unplugged, is Tim stripped down, acoustic, and emotional. His songs are reminiscent of names like John Mellencamp, Kenny Chesney and Bon Jovi, but don’t be surprised when you hear covers of Coldplay, Kid Rock, and Sublime for good measure.

Tim was made for the stage with electrifying performances. Though, you won’t necessarily find Tim on stage during one of his captivating shows the whole time. He and his band could be out in the audience, climbing speakers or rocking out on top of a pink fire truck. “I feel as if I was born to be on stage and I love nothing more than the adrenaline rush of whipping an audience into a frenzy.”

From down and out, to up and coming.
When you believe in something, and when you want it badly, there’s no telling the lengths you’ll go to get it. In America, that’s called “drive,” and entertainer/performer/songwriter Tim Charron has got that in spades.

BORN TO BE WILD
Destined to entertain, Tim Charron is back in town, to make musical magic

Tim Charron knew he was going to be onstage as a lead singer in a band since he was 10. “I went to my first concert and everything changed that day. The band, the stage, the electricity, excitement, music, lights … it blew me away and I had to be part of it.”

Originally from Warwick, where he played in well-known local bands, Tim eventually followed his musical muse down to Miami, where he toyed with careers in fitness (as a personal trainer to Eminem, Michael Stipe from REM, Brandy, Fred Durst from Limp Bizkit, etc.) and broadcasting, before relocating again, this time in Nashville, where he devoted his heart and soul in a city full of true-blue musicians.

“Moving to Nashville changed everything for me,” he says. “The reason I moved was to be immersed in a place where people’s lives revolved around a guitar and songs.” It was also inspiring for Charron to perform with some of the greatest musicians in the world there. “Being in Nashville with these great musicians has given me inspiration and my drive increases from flame to inferno.”

Since moving to Nashville, Tim has released three albums, all of which have managed to reveal a different dimension of his artistry. The latest, Unplugged, is Tim stripped down, acoustic, and emotional. His best material is reminiscent of names like Mellencamp and Jack Johnson, but don’t be surprised if you get a bit of Kenny Chesney, Kid Rock, and Sublime for good measure. Charron’s got a wide, colorful palette and an ear for great melody, which is what makes spending a night listening to him so utterly charming.

To support those albums, and his music life, Charron has also become a troubadour, zig-zagging across the country and back many times as well as through Germany and Central America. He has performed with multi-platinum selling country music legend Clint Black, Shooter Jennings, members of Brooks and Dunn.

He will be doing shows this summer with the likes of country newcomers Love and Theft as well as the legendary Crystal Gayle. Charron performs high energy, fun-filled, summer-themed concerts with his All-Star Band, reminiscent of a Kenny Chesney or Jimmy Buffett. You can also catch him at one of his intimate solo acoustic performances.

In fact, he’s traveled so much over the last three or four years that he’s been deemed the “Rock and Roll Gypsy,” homeless in a satisfying sort of way. Everywhere he goes, there’s a place to stay, and smiles waiting. “It’s magical when you are onstage in front of a thousand people and they are singing your song back to you, and when you go to a city you have never been, and leave the next day with a thousand new friends!”

When he’s not touring, Charron teaches songwriting workshops; and he does a nice job imparting his wisdom and experience to many eager upstarts.

You can hear it in his voice. You can notice it in the choice of songs he chooses to sing and you can hear it in his own material. You can also see it in his eyes. There is no place Tim Charron would rather be (OK, almost no place), than up on stage singing a song. He’s a lifer, and loves it that way. You can see for yourself when Tim Charron and his band, the Ragged Impresarios, shows up in Charlestown to play for a hometown audience.”

My fans are what drive my life,” he says. “I am a full time touring artist because of them. Many of them help us, too, with everything from booking shows, to finding venues, designing banner, shirts and album art. They put us up in different cities. I literally could not do what I do without them.”

Charrons’ entry into the entertainment field started as a teen in Warwick, R.I., singing, writing and performing in rock bands. His career continued as a pop rock artist in Miami and then to Nashville, Tenn., where he’s now based.

Charron has opened for country music’s
10-time platinum selling artist Clint Black, Shooter Jennings,
performed with members of Brooks & Dunn,
and on many a stage and festivals from California to Tennessee,
Florida to Australia, Costa Rica to Germany.
Book Tim now @ 305-772-7870 or Nashvillehits@yahoo.com