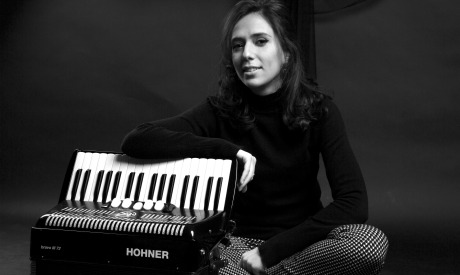 Click here for the full article with more information

SoundCloud-“You Taught My Heart To Sing” click here“…Gibb’s marimbas are a nice touch on ‘Atlantis’…The drummer brings the most personality to the record with a delicious crashing solo on ‘Rotunda’ and extra rhythmic juice on ‘You Taught My Heart to Sing.’…On the three originals (one by each member) that close the album, in particular Gonzalez’s irrepressible ‘Brazilian Girls,’ the amount of pianistic imitation lessons. (Gonzalez) On a solo rendition of ‘Naima’ he also acquits himself tastefully, if not originally…” Michael J. West The title says all you need to know about how three musicians—Gonzalez, Gibbs and Essiet—tackle the music (and more) of legendary pianist McCoy Tyner. Pianist Benito Gonzalez, drummer Gerry Gibbs and bass player Essiet Okon Essiet rally around the music of McCoy Tyner on their new Whaling City Sound recording and the result is pure jazz joy.

Lavishly arranged and beautifully played Passion Reverence Transcendence is an unequivocal triumph of sound and spirit. Gonzalez, Gibbs, and Essiet celebrate Tyner with gusto. Gonzalez interprets Tyner’s stuff aggressively, passionately, with modern flourishes to keep pace with Gibbs’ driving rhythms. Gibbs, in typical fashion, charges into it with his brawny, supersonic jazz drumming. Essiet is critical and fabulous in his support role, diving into a blend of traditional, contemporary and fusion lines that pushes the arrangements into some seriously sparkling terrain.

Produced by Gibbs and beautifully captured, the recording feels live without the rawness.

And it’s all ridiculously high energy. The trio doesn’t bother kicking back much. Gibbs and Essiet drive the opening tunes, “Fly With the Wind” and “Just Feelin’,” along with “The Greeting,” which features a nice interlude from Essiet. Some of it’s playful, like “Inner Glimpse,” which finds Gonzalez and Gibbs holding onto the rhythmic motif while Essiet dances playfully around. After digging into nine Tyner compositions, the three artists each contribute one of their own tunes to close the record. Essiet launches into the wryly elaborate “Tyner/Train Express” and Gibbs serves up the stylish, bluesy jazz of “Between Friends.” The closer, Gonzalez’s “Brazilian Girls,” explodes with melody about a minute in and spends the rest of its seven-minute length making good on that initial promise. While they are not Tyner compositions per se, they are in the spirit of the great pianist and they settle in nicely with the compositions that came before it on the recording.

Together, the trio embraces, and even supercharges Tyner’s vibe without succumbing to cliches. The material is always melodic, always together, thanks to the dexterity and high energy you’d expect from each of these musicians. They’ve proven themselves on their independent projects, and they prove themselves on Passion Reverence Transcendence: The Music of McCoy Tyner.687606010222_SalesSheet