Listen: “All That I Want” Sound Cloud: Link 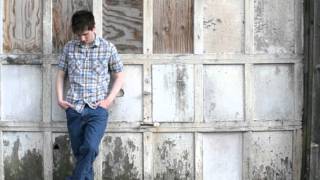 The Jesse Liam Band will perform on Sunday, Sept. 30, from 4:30 to 6 p.m. at the Common in Historic Slatersville, 25 Greene St.
Read more… The Valley Breeze

Click above to link to full page story on Jesse in The Cranston Herald. Thanks Joe Kernan!

‘One Step Closer’ to musical goals

Every day for the better part of a year, 21-year-old singer Jesse Liam and father/producer Jack Gauthier put their heads and voices together and made music.

The end result is Jesse’s second album, One Step Closer, a 10-song country-pop-folk-rock release that reflects the duo’s effortless joy and attention to great songs and quality musicianship.

Jesse and Jack have been working together as musicians since 2006, and the partnership has matured from a father-son novelty to something more.

“I’ve always enjoyed making music with my son,” Gauthier says. “But with this record, I’m seeing that it can really stand up to anything, musically and sonically. I think Jesse’s at a point where he’s really developed into his own voice and identity.”

One Step Closer opens with the wistful country rock of “See You Later, See You Soon” and takes trips to pop (“Three Words”), balladry (“All That I Want”) and bluesy stomp (“Let It Slide”) with seamless cohesion. Throughout it, Jesse’s clear, strong voice – forged from dedication to the craft and an unteachable passion for singing – ties all the different themes and styles together with Jack adding harmonies and making all the arrangements sit just right.

“Both of us wanted to add different things to it and make it perfect,” says Jesse, a senior at Rhode Island College. “All of the different ideas we threw back and forth to each other just came together naturally.”

“It was a great process,” Jesse says, “We also co-wrote two songs (‘One With the World’ and ‘Throw Me A Line’), and that was another avenue for my Dad and I to expand on our musical bond. Overall, it was just great to hear it finished, to get the CDs back all mastered and packaged and hear it as a complete record … I’m so proud of what we’ve accomplished.”

For Jack, a Grammy-nominated recording engineer, former producer of Dispatch and manager of blues legend Duke Robillard, One Step Closer represents an opportunity to put together an all-star cast of support players and writers.

“Through all the years of producing, I’ve connected with many artists ­­– both musically and as friends,” he said. “They’ve all made an impact on the business in different ways, yet all of them enthusiastically wanted to be part of our album.”

With guest appearances from Robillard,  Mark Cutler and Thom Enright , along with a slew of talented session players, great musicianship is stamped all over this collection of tunes.

Jesse and Jack will be touring New England in support of One Step Closer  this fall alongside keyboardist Peter Ciorlano and drummer Dan Hann. The album is available as a CD or as a download only at iTunes and cdbaby.com, keyword Jesse Liam.

Newly anticipated CD, which can now be purchased at itunes & cdbaby.  AND, for all you new SPOTIFY USERS check out the new album there, Keyword: Jesse Liam.

Bio: Singer Jesse Liam from the musical duo “Jesse Jack’son, is a 20-year-old singer from Rhode Island, and a student at Rhode Island College. Jesse has been singing for most of his life and he has put together a band with his dad Jack Gauthier. The duo has been aptly named “JesseJacks son.” Jesse’s dad is a Grammy nominated producer and life long musician. The duo debuted at Bentley’s Tavern in Scituate RI, December 06 and has been a featured act there many times.